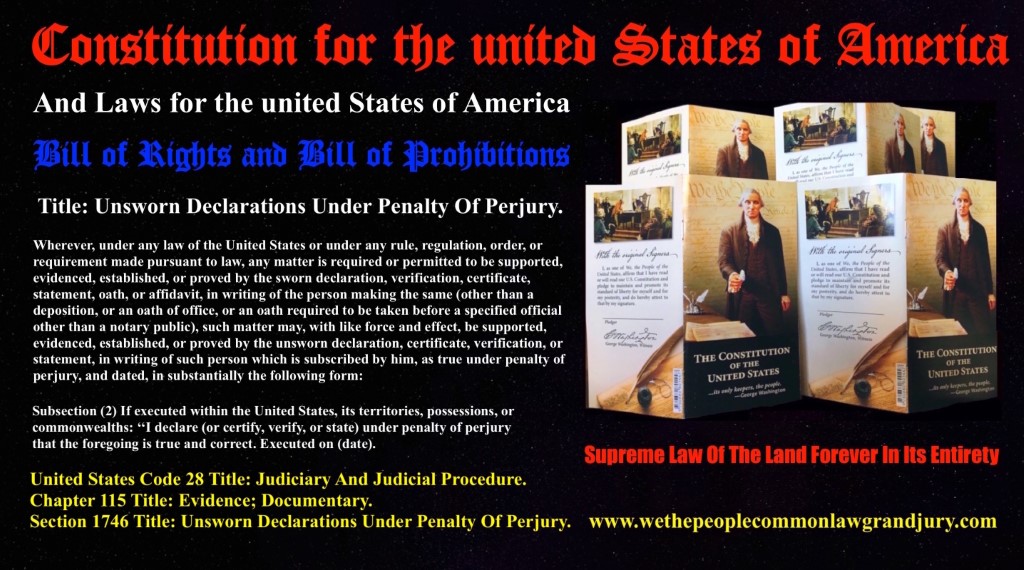 Wherever, under any law of the United States or under any rule, regulation, order, or requirement made pursuant to law, any matter is required or permitted to be supported, evidenced, established, or proved by the sworn declaration, verification, certificate, statement, oath, or affidavit, in writing of the person making the same (other than a deposition, or an oath of office, or an oath required to be taken before a specified official other than a notary public), such matter may, with like force and effect, be supported, evidenced, established, or proved by the unsworn declaration, certificate, verification, or statement, in writing of such person which is subscribed by him, as true under penalty of perjury, and dated, in substantially the following form:

(1) If executed without the United States: ‘‘I declare (or certify, verify, or state) under penalty of perjury under the laws of the United States of America that the foregoing is true and correct. Executed on (date).

You can download and read the entire USC 28 – Title: Judiciary and Judicial Procedure.