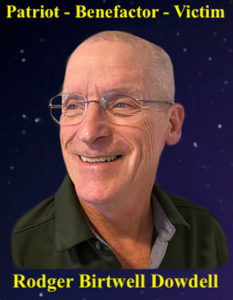 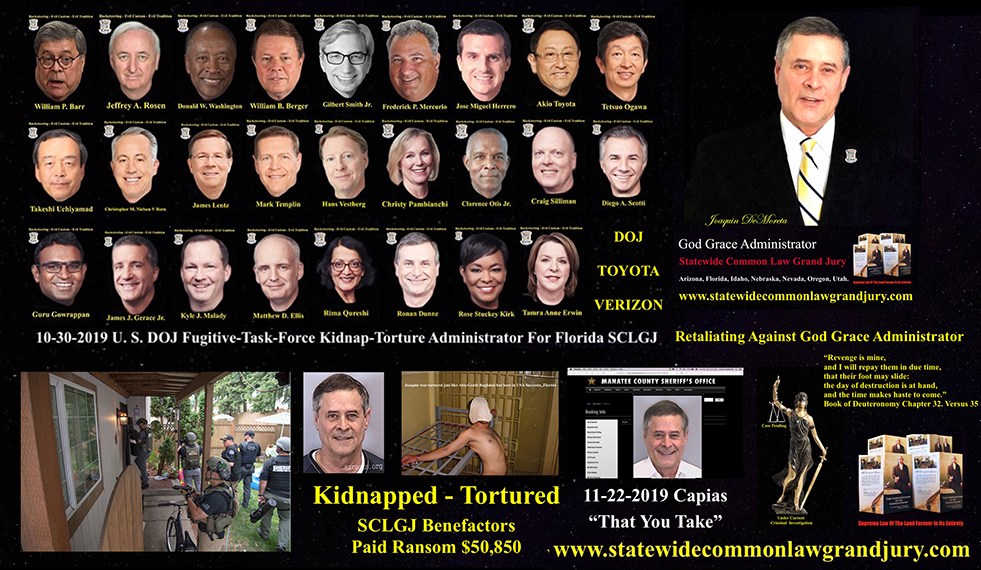 1.   On 03-13-2020, you are summoned jointly, “According To The Rules Of The Common Law” and you are required by “Federal Law” Supreme Law Of The Land, The Constitution Of The United States Of America. Amendment V [5] “No person shall be held to answer for a capital, or otherwise infamous crime, “Unless on a Presentment or Indictment of a Grand Jury,” as a result under penalty of contempt to the U.S. Constitution, you shall file your  “VERIFIED ANSWER” in writing, with confirmed undeniable evidence, or supported with certified court documents, to the COMPLAINT published at  Common Law Websites: www.statewidecommonlawgrandjury.com and www.wethepeoplecommonlawgrandjury.com Current Public Trial For Case Number: 20190131-DTAWND-RBD. 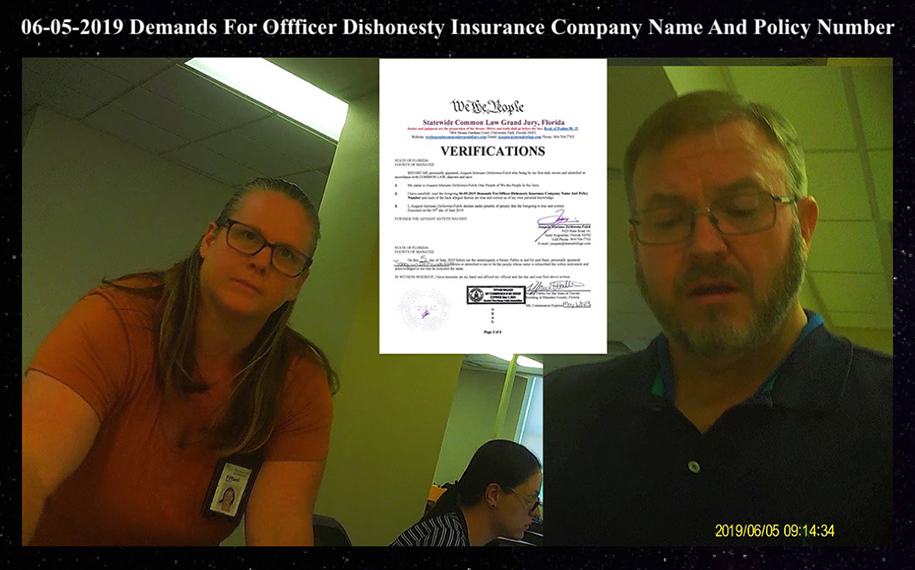 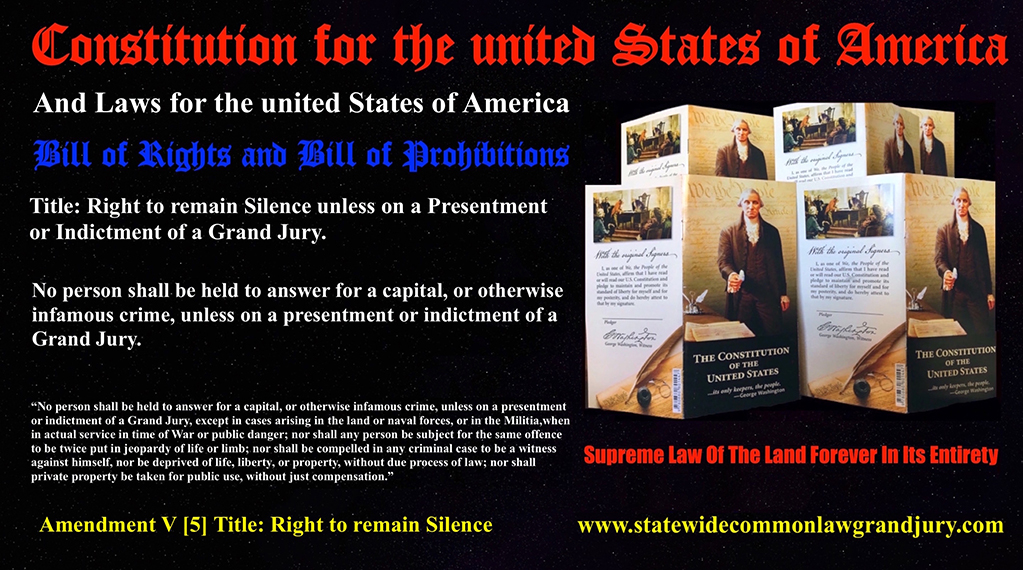 C. On 03-13-2020, Joaquin Mariano DeMoreta-Folch, dba God Grace Administrator, for Florida Statewide Common Law Grand Jury, via Website: statewidecommonlawgrandjury.com for Preserving Authentic Evidence, for “Perpetual Evidence” for “Public Trial,” “Court Of Records” for the facts, for the truth, under the pains and penalties for Perjury, filed document title: 03-13-2020 Presentment For Joint Summons, directed to all violator Parties.

D. On 03-21-2020 at 12:36:57 PM, Joaquin Mariano DeMoreta-Folch, dba God Grace Administrator, for Florida Statewide Common Law Grand Jury, via “Public Record” Electronic Mail, aka Email, for Preserving Authentic Evidence, for “Perpetual Evidence” for “Public Trial,” “Court Of Records” for the facts, for the truth, under the pains and penalties for Perjury, filed document title: 03-13-2020 Presentment For Joint Summons, directed to Gilbert Smith Jr., ET Al. and other violators for the Case Number: 20190131-DTAWND-RBD

E.   Statewide Common Law Grand Jury, Florida, Case Number: 20190131-DTAWND-RBD  for the multiple crimes committed, which are for “Public Trial” and currently are under criminal investigation; will be enumerated in this paragraph ASAP. 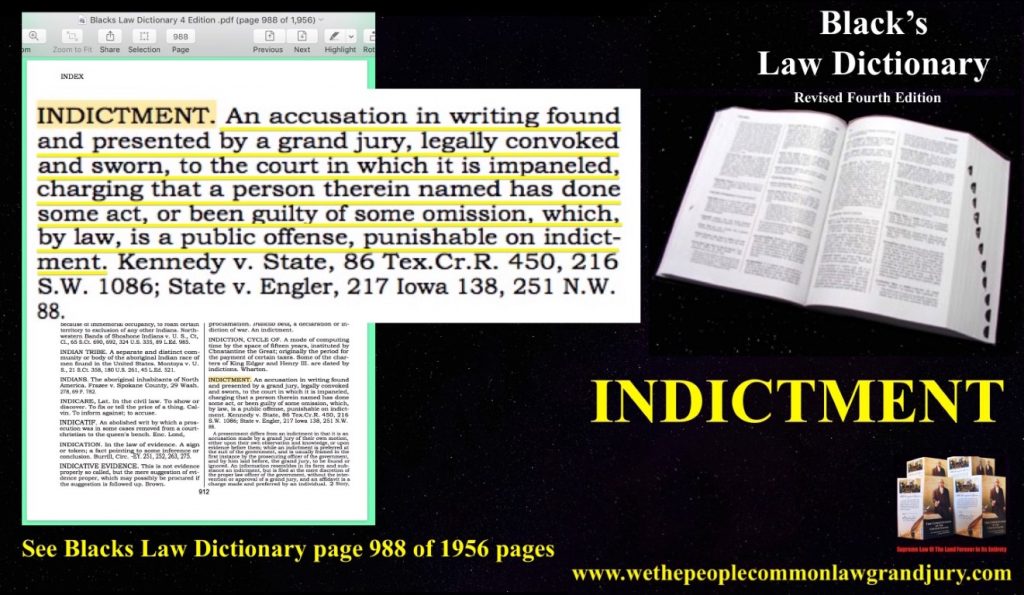 (1) On 08-25-2020, Statewide Common Law Grand Jury, Florida, For Case Number: 20190131-DTAWND-RBD Strictly ordered by the “Rule Of Law” “Federal Law” “Common law” “INDICTMENT”, shall in writing, enter the accusation, which is “Formally Sentenced” by the Legally Convoked And  Sworn, “Twenty-Five [25] Grand Jurors Of Peers,” aka “The Sureties For The Peace,” for the crimes committed by all the violators, and which is established by “Federal Constitution” “Bill Of Rights and Bill Of Prohibitions Amendment VII [7] ordered: “In Suits at common law, where the value in controversy shall exceed twenty dollars, the right of trial by jury shall be preserved, and no fact tried by a Jury, shall be otherwise re-examined in any Court of the United States, than according to the rules of the common law. 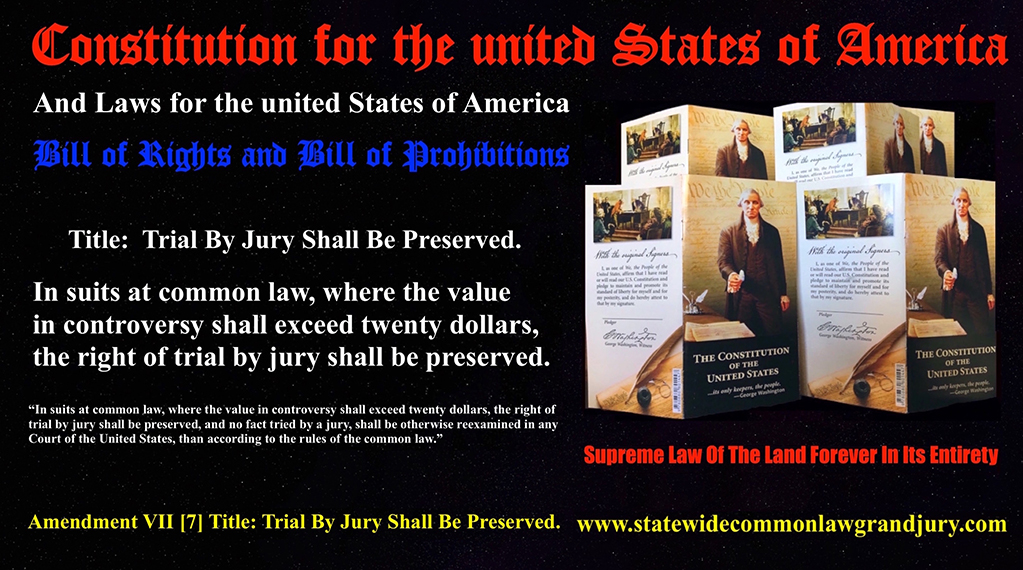 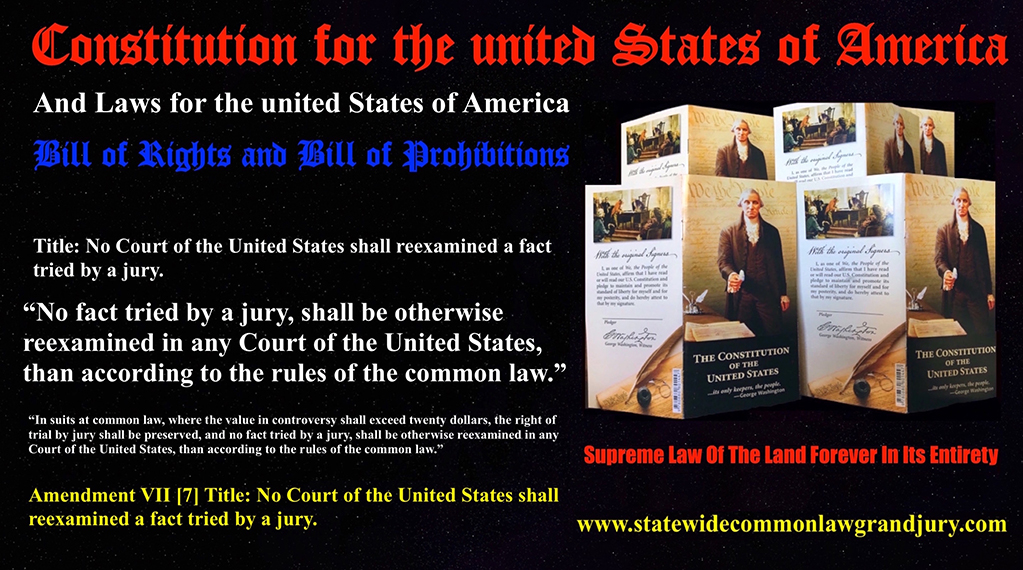 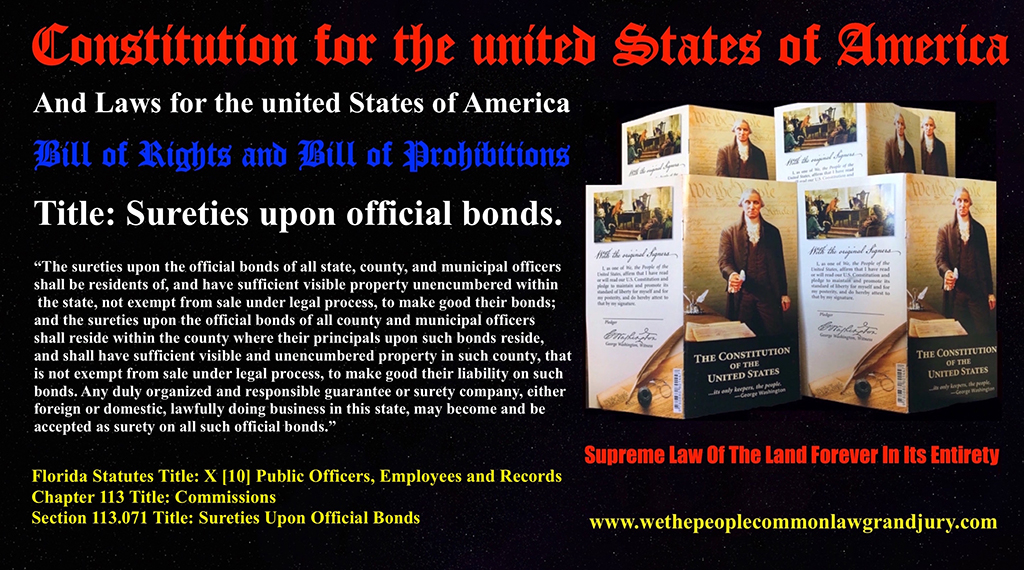 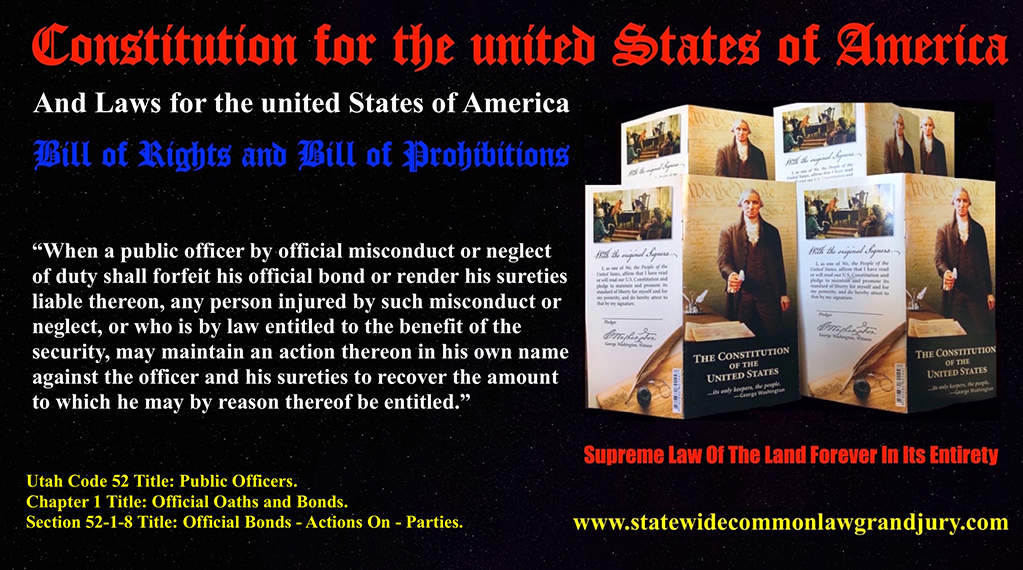 (3)   On 03-13-2020, The Supreme Court Of The United States Affirmed: “When a state officer acts under a state law in a manner violative of the Federal Constitution, he comes into conflict with the superior authority of that Constitution and he is in that case stripped of his official or representative character and is subjected in his person, to the consequences of his individual conduct. The State has no power to impart to him any immunity from responsibility to the supreme authority of the United States.