God Our Creator Is Our Supreme Ruler

In the beginning God created heaven, and earth. And the earth was void and empty, and darkness was upon the face of the deep; and the spirit of God moved over the waters. And God said: Be light made. And light was made. And God saw the light that it was good; and he divided the light from the darkness. And he called the light Day, and the darkness Night; and there was evening and morning one day. [God. Book of Genesis 1. 1:5]

God named you and me: “My People”

And the Lord said to him: I have seen the affliction of my people in Egypt, and I have heard their cry because of the rigour of them that are over the works: And knowing their sorrow, I am come down to deliver them out of the hands of the Egyptians, and to bring them out of that land into a good and spacious land, into a land that floweth with milk and honey,

Let My People Go To Sacrifice To Me, Says The Lord

2,616 years BC [Before Christ Birth] case of Justice foundation of the Common Law Grand Jury

At the age of 12 years old a boy chosen by GOD wrote history by the justice case as follows: 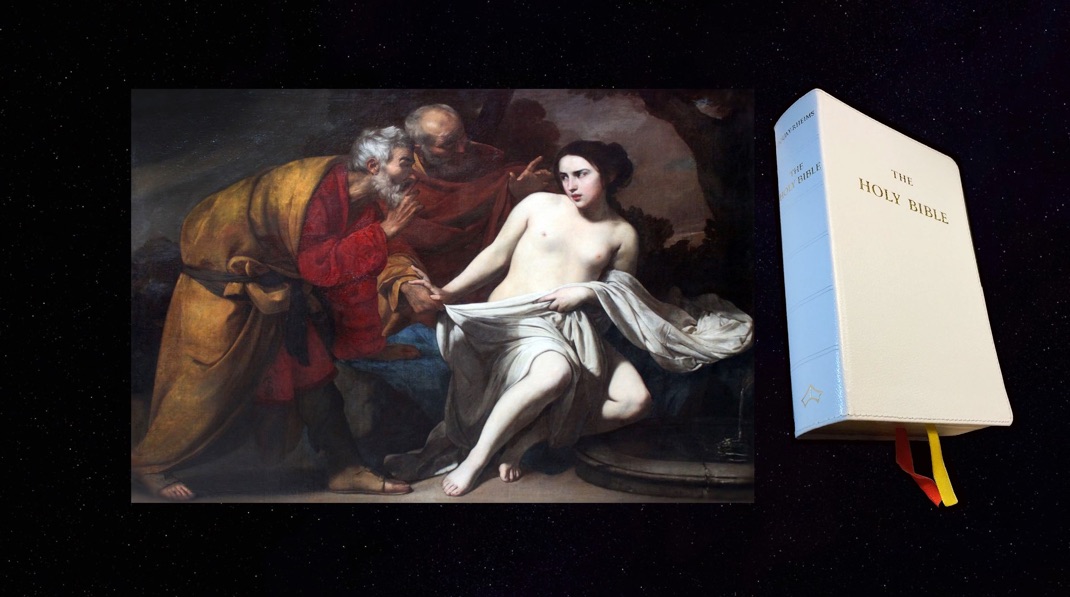 Now there was a man that dwelt in Babylon, and his name was Joakim:

And he took a wife whose name was Susanna, the daughter of Helcias, a very beautiful woman, and one that feared God. For her parents being just, had instructed their daughter according to the Law of Moses. Now Joakim was very rich, and had an orchard [Garden with fruit trees] near his house: and the Jews resorted to him, because he was the most honorable of them all. And there were two of the ancients of the people appointed judges that year, of whom the Lord said: Iniquity came out from Babylon from the ancient judges, that seemed to govern the people. These men frequented the house of Joakim, and all that had any matters of judgment came to them. And when the people departed away at noon, Susanna went in, and walked in her husband’s orchard. And the old men saw her going in every day, and walking: and they were inflamed with lust towards her: And they perverted their own mind and turned away their eyes that they might not look unto heaven, nor remember just judgments. So they were both wounded with the love of her, yet they did not make known their grief one to the other: For they were ashamed to declare to one another their lust, being desirous to have to do with her. And they watched carefully every day to see her. And one said to the other: Let us now go home, for it is dinnertime. So going out they departed one from another. And turning back again, they came both to the same place: and asking one another the cause, they acknowledged their lust; and then they agreed upon a time, when they might find her alone. And it fell out, as they watched a fit day, she went in on a time, as yesterday and the day before, with two maids only, and was desirous to wash herself in the [swimming pool] orchard: for it was hot weather.

The Judgment of King Solomon 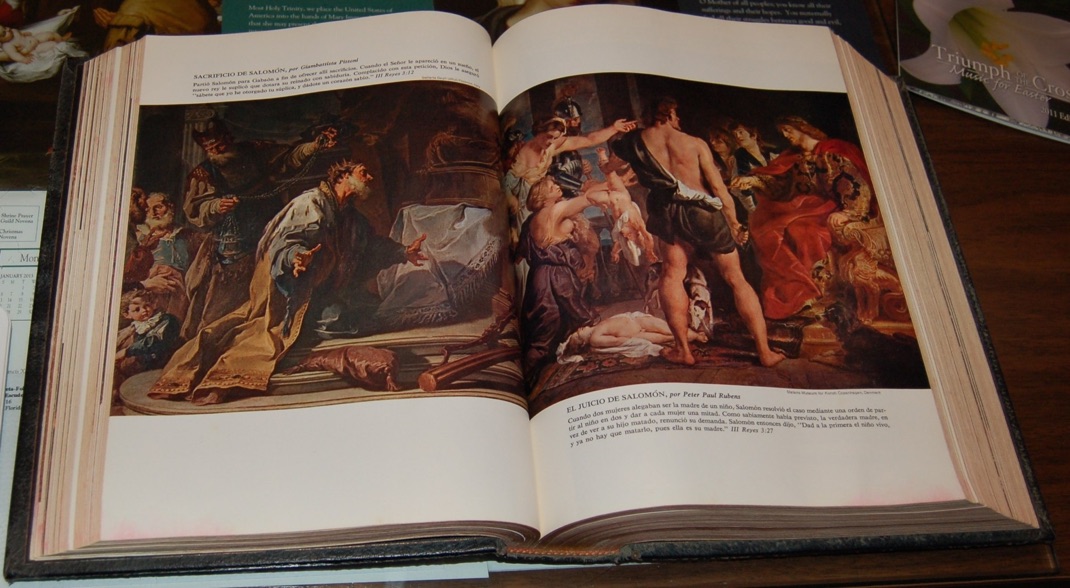 Then there came two women that were harlots, to the king, and stood before him: And one of them said: I beseech thee, my lord, I and this woman dwelt in one house, and I was delivered of a child with her in the chamber. And the third day, after that I was delivered, she also was delivered, and we were together, and no other person with us in the house, only we two. And this woman’ s child died in the night: for in her sleep she overlaid him. And rising in the dead time of the night, she took my child from my side, while I thy handmaid was asleep, and laid it in her bosom: and laid her dead child in my bosom. And when I rose in the morning to give my child suck, behold it was dead: but considering him more diligently when it was clear day, I found that it was not mine which I bore. And the other woman answered: It is not so as thou sayest, but thy child is dead, and mine is alive. On the contrary she said: Thou liest: for my child liveth, and thy child is dead. And in this manner they strove before the king. Then said the king: The one saith, My child is alive, and thy child is dead. And the other answereth: Nay, but thy child is dead, and mine liveth. The king therefore said: Bring me a sword. And when they had brought a sword before the king, Divide, said he, the living child in two, and give half to the one, and half to the other. But the woman whose child was alive, said to the king, (for her bowels were moved upon her child,) I beseech thee, my lord, give her the child alive, and do not kill it. But the other said: Let it be neither mine nor thine, but divide it. The king answered, and said: Give the living child to this woman, and let it not be killed, for she is the mother thereof. And all Israel heard the judgment which the king had judged, and they feared the king, seeing that the wisdom of God was in him to do judgment. Third Book of Kings [1Kings] Chapter 3. 16:28

Jesus said to them:

“It is written, My House shall be called the house of prayer: but you have made it a den of thieves” 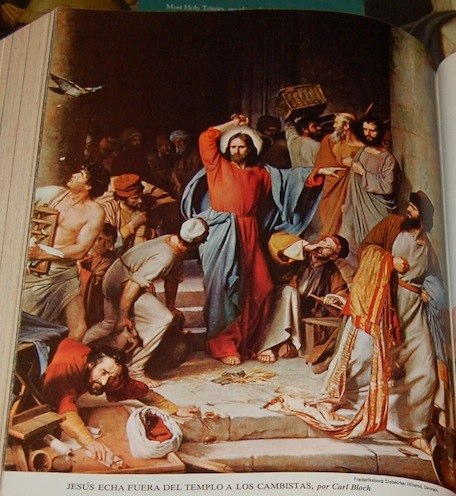 And the people said: This is Jesus the prophet, from Nazareth of Galilee. And Jesus went into the temple of God, and cast out all them that sold and bought in the temple, and overthrew the tables of the money changers, and the chairs of them that sold doves: And he saith to them: It is written, My house shall be called the house of prayer; but you have made it a den of thieves. And there came to him the blind and the lame in the temple; and he healed them. [God. Saint Matthew 21. 11 :14]